Tsum Valley Trekking which is more remote and spectacular view, lies in a trans-Himalayan Manaslu region of Gorkha . Trekking in Tsum Valley provides facinating adventure opportunities to explore the myriad wonders of nature, rural Nepal .Nepal. It is culturally fascinating with strong continuing links to Tibet in the upper Buri Gandaki (called Nupri ‘the western mountains’) and the Tsum Valley, and even has the Larkya La (5100m) as a challenge. you enjoy the awe inspiring majesty, marvellous and beauty of dramatic mountain views of Mt Manaslu known as eighth highest mountain in the world.

The Tsum Valley’s acquaintance with Tibet, natural beauty and its pristine culture make this trekking unique. People are friendly, hospitable people, a living Buddhist culture and untouched wildlife because of Buddhist prohibitions on hunting. Tsum comes from the Tibetan word ‘Tsombo’, which means vivid .The Tsum valley has a long history of Buddhism.The local people are mostly of Tibetan origin and seek a unique dialect. Trails are strewn with artistic chortens and lined with mani walls made of thousands of stone slabs carved with deities and prayers. The Buddhist saint Milarepa is believed to have meditated in the caves of there mountains. Traditionally Tsum valley was a culturally distinct geographical area called ‘Tsum Tso Chuksum’, which means thirteen provinces ruled as a single territory. The ancient remains of the Tsum Kingdom are still visible today. Due to its remoteness and inaccessibility, this sacred valley and its people have been by passed by mainstream development for centuries. As a result, the unique culture of this valley has remained intact.

Day 02: Kathmandu Valley City Tour
After breakfast,full day city Tour at Kathmandu in important and popular tour spots which are related with history, culture and tradition of Nepal ,Pashupatinath Temple, Boudhanath Stupa, Swayambhunath Monastery and Patan Durbar square which are in records of world heritage sites too

Day 03: Kathmandu to Arughat (by bus) (535m)
We take an 8-9 hrs bus ride to Arughat Bazaar in Gorkha district. The village of Arughat is in two parts, on opposite sides of the Budhi Gandaki; Arughat Bazaar is clean and prosperous with hotels and shops selling cloth, food and hardware.

Day 04 : Arkhet Bazar to Lapubensi
It is first day of our trek and we follow the bank Budi Gandaki river through classic Gurung villages & farming field. It could be a hot day because of low elevation.

Day 06 : Trek  to Philim - (2240m)
we are trekking bank of the Budi Gandaki narrow valley and more cultivated than previous day. This day we will see the massive view of Ganesh Himal and Shringi Himal.

Day 07 : Trek to Chumling - (2390m)
With following above the same river as passing days & do not confused that we are still same way for the Manaslu round trekking. After lunch we will be separated towards to wild route of Tsum valley. Today mostly, we trek through forest. There are two villages of Gurung where we do camp.

Day 08 : Trek to Lama Gaun - (3010m)
Gradually climbs up the trails through pine forest to Chhekampar. It begins trekking between the ranges of Ganesh Himal. It is the forbidden valley regarding living things that not to be made disfigurement. All meals included. This day we have to move ascent through the local villages and wider cultivated land, partly pine forest. After 3 hrs walk we reach at Lama Gaon. We visit this afternoon Milarepa cave monastery above 45 minutes from the campsite.

Day 09 : Trek  to Mu-Gumpa - (3700m)
This day, we follow along the Shiar Khola  The people of the Tum valley are called gurung but they follow Tibetan culture. There are couples of villages where we do mostly lunch here. We have to cross the bridge to get Nile. And trek continue gradually ascending to reach Mu Gumpa, it is the last settlement of the Tsum valley.

Day 10 : Leisure day at Mu Gumpa.
Staff  staying at camp and guide will bring you to the border sight. This is the trade route between Nepal and Tibet via Nguladhojyang pass with the elevated 5093m. It is your choice either go to there or not. If you visit this top then you will see beautiful landscape of Tibet plateau around Kerung which is the boarder of Nepal & Tibet along the Syabru Benshi. Our kitchens crews will be provided you pack lunch this day if you are interested go to boarder sight. It takes about 8/9 hours.

Day 11 : Trek to Rachen Gumpa and Chhokamparo - (3031m)
This day, we follow trail back down same trail till Phurbe then we do not cross the bridge because we toward to Rachen Gmpa which is the next face of the Lama Gaun where we had stayed before.

Day 12 : Trek to -Lokpa
After taking our hot breakfast in the monring, we will descend through the green forest to Philim. And we will stay overnight at lodge with full board meals prepared by our expert staff. From the Rachen Gompa, trails following above the river {Shiar Khola}till to be joined the next trail which followed up for Lama Gaun at village 3219m.

Day 13 : Trek to Jagat
After breakfast in the morning, we will get ready for trek to Jagat. It is about 6 hours trek to reach Jagat from Lokpa.

Day 14 Trek to  Mahhakhola
The trekking trails are easy as we are descending. passing the gurung and Brhamin village and crystal clear water falls makes the trekking back more fun.

Day 15 :  MachhaKhola - Arkhet Bazar
Today is our last day of the trek. So, we will move towards Arkhet to get the vehicles for Kathmandu. Stay overnight at guest houses with full board meals.

Day 16 : Drive back to Kathmandu
After our hot breakfast, we will take a 6/7 drive from Arkhet to reach Kathmandu. And transfer to hotel for your rest. Stay overnight at hotel. 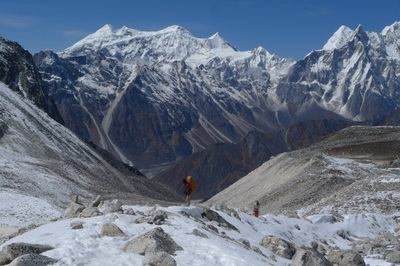 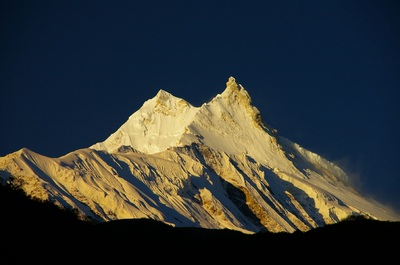 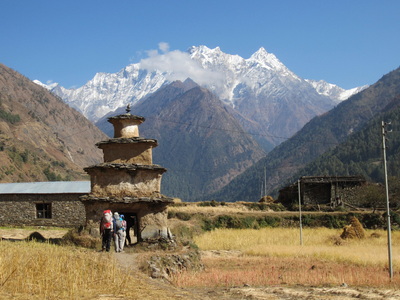 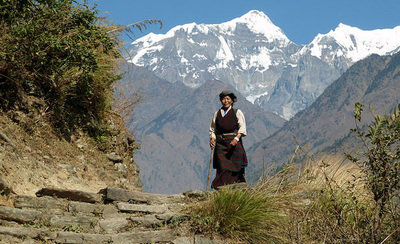