Oxygen Level from sea to summit 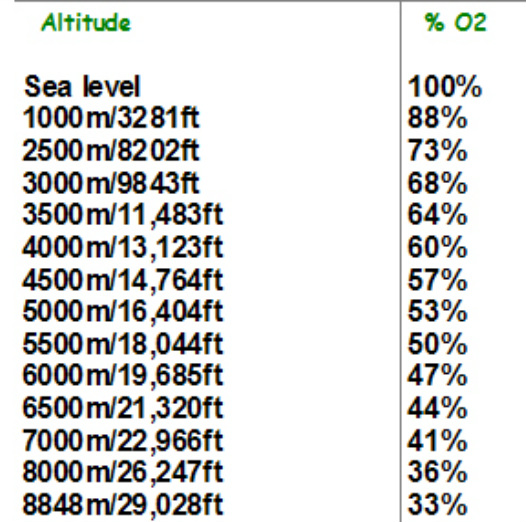 Altitude sickness is known as an Acute Mountain Sickness (AMS). Generally it occurs when people ascend up to the high altitude too quickly [generally above 3000 m]. AMS occurs when the body does not adapt well to the lack of oxygen present at higher altitudes. At 5490 meters (18,000ft), there is just half the oxygen available as there is at sea level, while there is only a third available at the summit of Mount Everest. The itineraries of the treks of Agile Adventure Treks are designed to reduce the risk of altitude sickness as much as possible, although individual susceptibility to altitude sickness seems to be genetically determined.

What happens to the body during altitude illness?

What you have to do if you get mild symptoms:

The symptoms of serious AMS:

High Altitude Cerebral Edema (HACE), dangerous cases of AMS
If, the above mention symptoms get worse and s/he could not take any precautions, one can die within the period of 12 hours, but if one takes precautions immediately, it takes one or two days to get well. Therefore, if one gets such symptoms, it is better one take treatment with medication, oxygen and descent down. Usually 4 to 8mg of dexamethasone is given as a first dose to those who suffer from such sickness and then 4mg Diamox is given an every six hours gap. Similarly, 2-4 litres/minute oxygen is given and one is taken to down if it is necessary.

High Altitude Pulmonary Edema (HAPE):-
This is a serious case, if one gets the above mention symptoms worse, furthermore, if one accumulates of fluid in the lungs and mild fever, and then, there is chance of High Altitude Pulmonary Edema (HAPE). The treatment, one is give the oxygen at the rate of 4 liters a minute, using Portable Altitude Chamber (PAC). If there is no PAC bag or oxygen then one is taken down to the low altitude, it is only the way of life saving. the HAPE can also lead to unconsciousness are death in short period of time.

Causes of AMS, Symptoms and Treatment 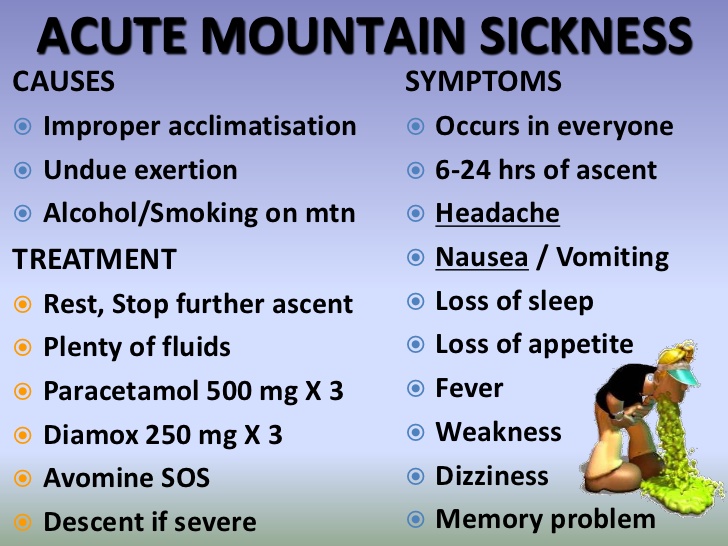 Causes of AMS, Symptoms and Treatment 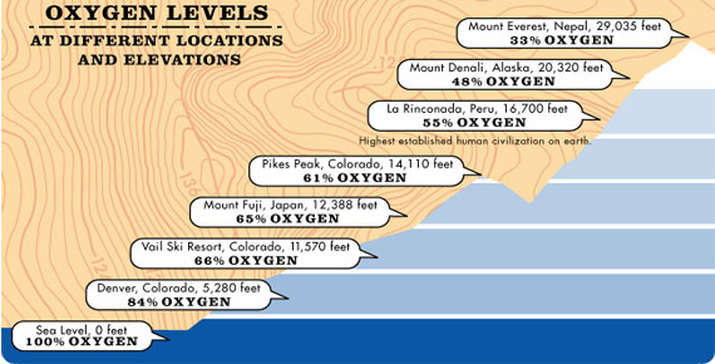 Oxygen Level from sea to summit

Symptoms of AMS, HACE and HAPE 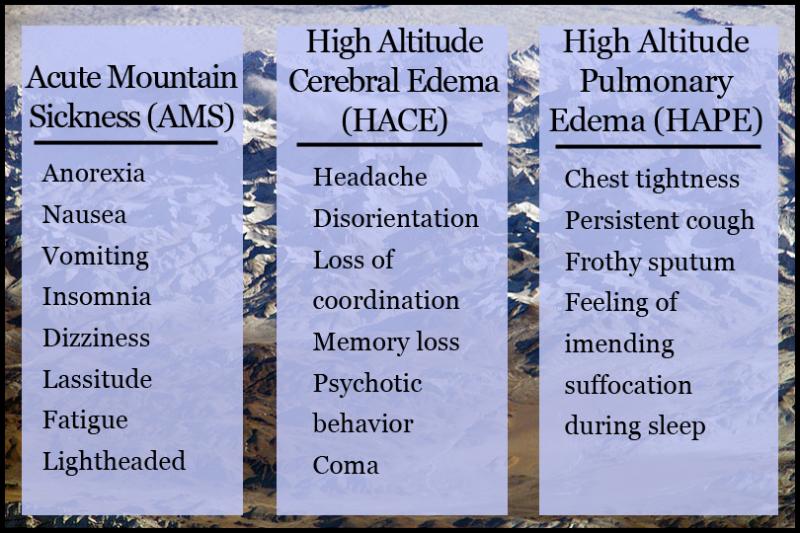